I took my first snowshoeing trip up to Mt. Spokane today. We parked at the Sno-Park lot below the summit and hiked to the cabin at Beauty Mountain (elevation 5,100 ft.).

We stopped at the park office on the way up and purchased the $40 season pass for parking at the sno-park. The daily pass is $20, so if you plan on going a couple of times, it doesn't take much to make it worth it.

We started the hike later in the morning in a heavy fog. The trail was well-traveled and the parking lot was full of snowshoes, hikers, snowmobilers, and cross country skiers.

Hiking along trail 130—following the blue diamonds on the trees—we ascended toward the first picnic spot.

We took our first break at the covered picnic area to shed some layers and regroup. There were a few splitter trails on way up but they seemed to go to the same place. 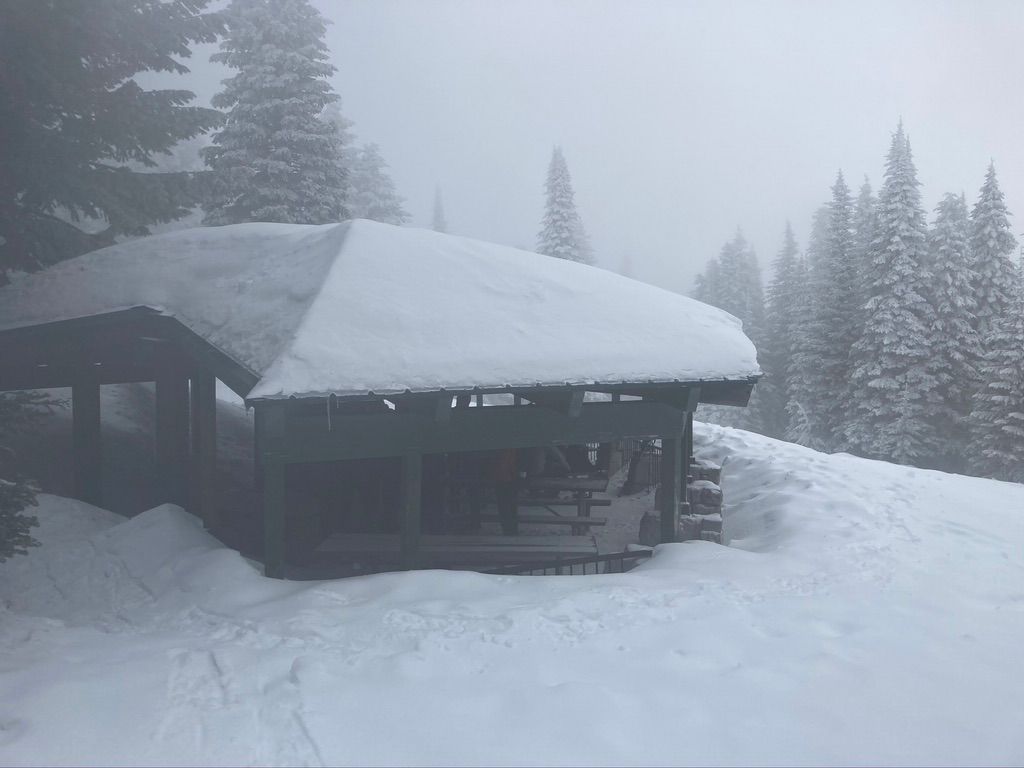 From this picnic area (also a bathroom just beyond) you're about half way to the cabin. It's not exact, but much of the uphill is over.

Thankfully, the fog and clouds started to clear. We expected to see more trees down from the windstorm earlier in the week but only noticed one or two. This one fell UP the hill. 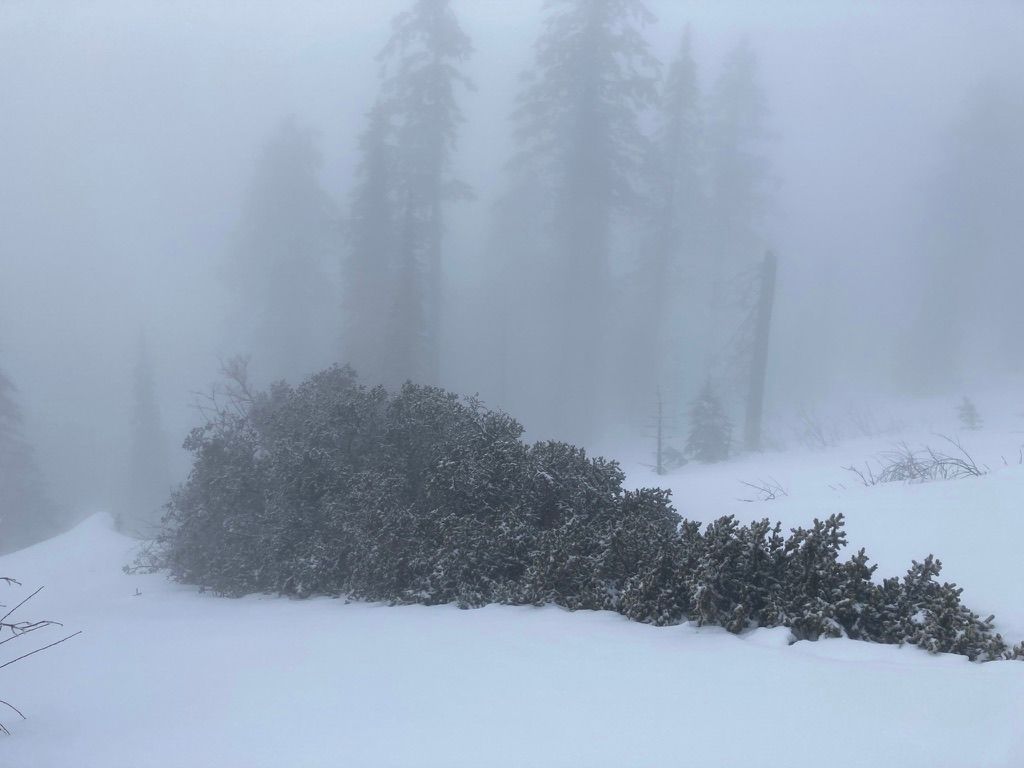 We stopped just short of the cabin to take in the sun and summit views. Many skiers were coming down an exposed ski run on the SW side. The fog was picturesque as it met with the side of the mountain. 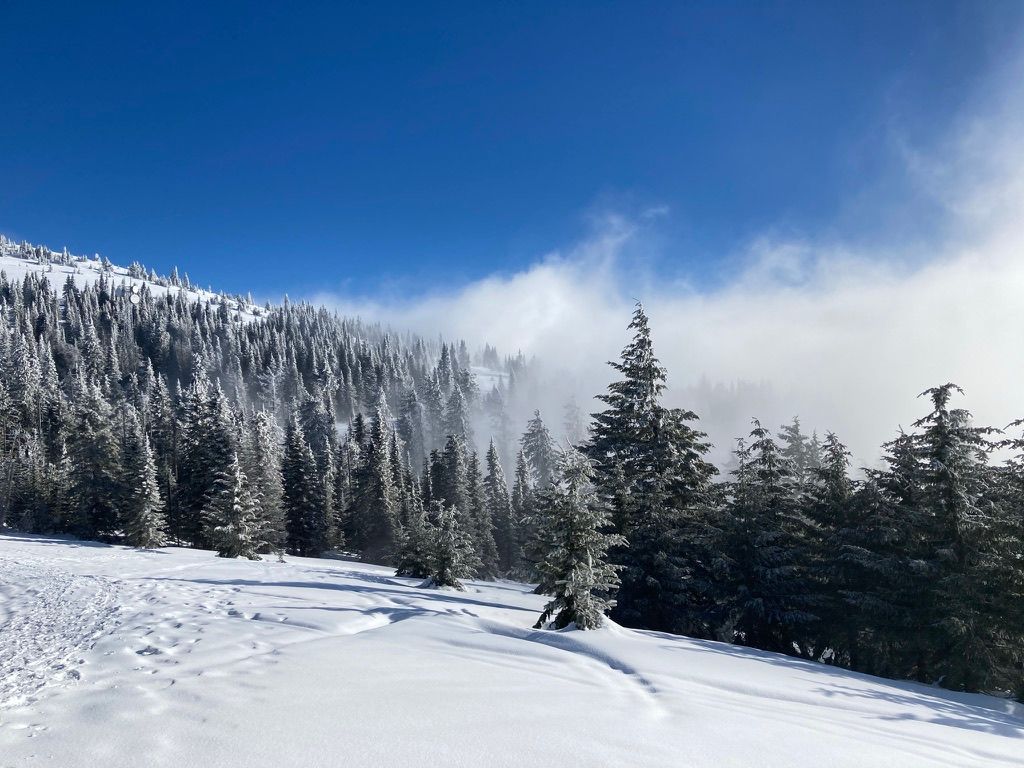 Two minutes later we saw the cabin among the trees. There were two other groups in the cabin when we entered. Everyone had removed their snowshoes before entering.

Some were drying their gloves over the wood stove that was burning fresh wood. However, we were content with grabbing a picnic table and eating a quick snack. 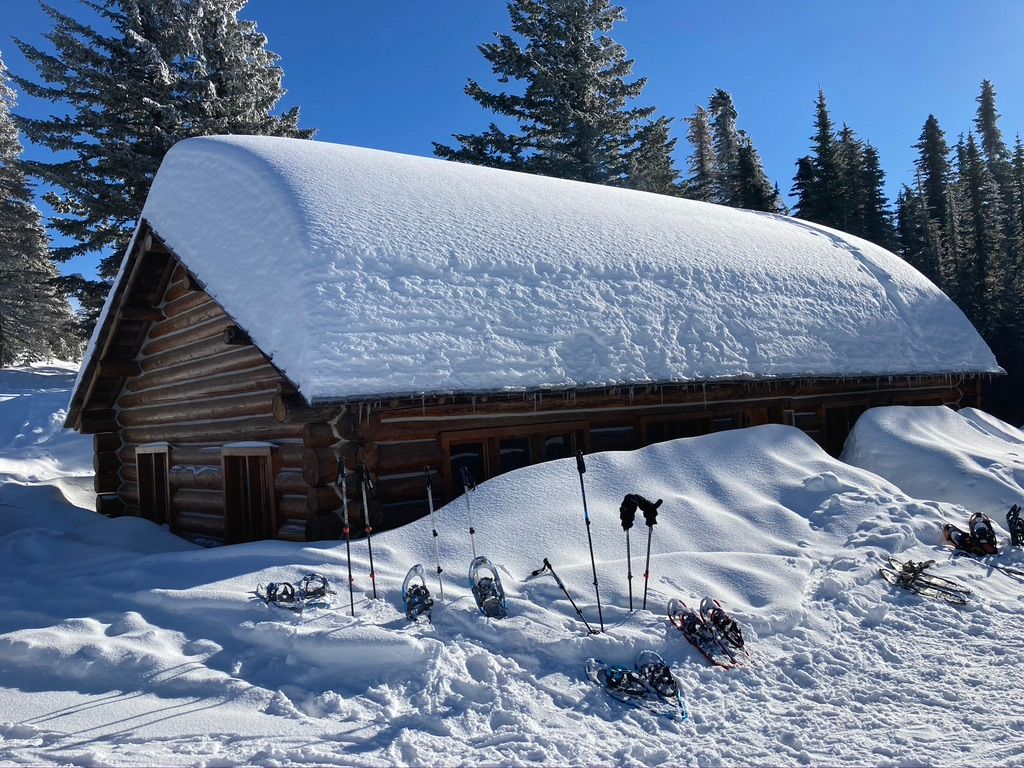 Mt. Kit Carson was viewable when exiting the cabin. 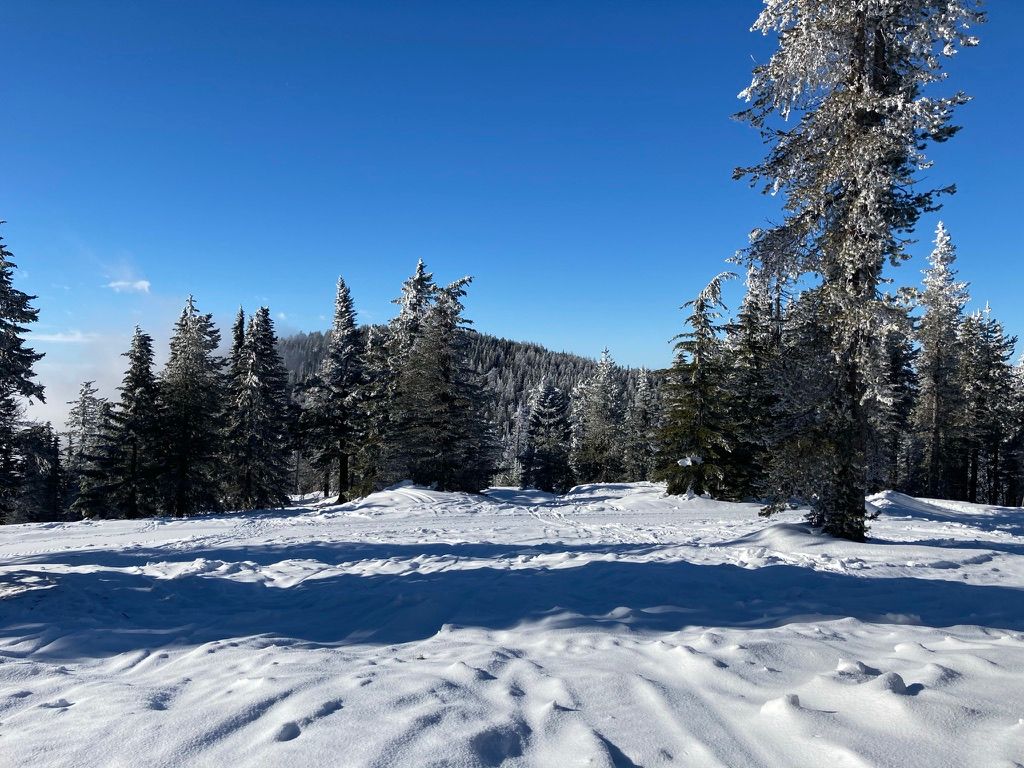 Finally, we hiked back down to the parking lot, following the trail the best we could.

When we got back the car we had been on the trail for two hours. There-and-back we had traveled 4.2 miles, with a total elevation gain/loss of 980 ft. 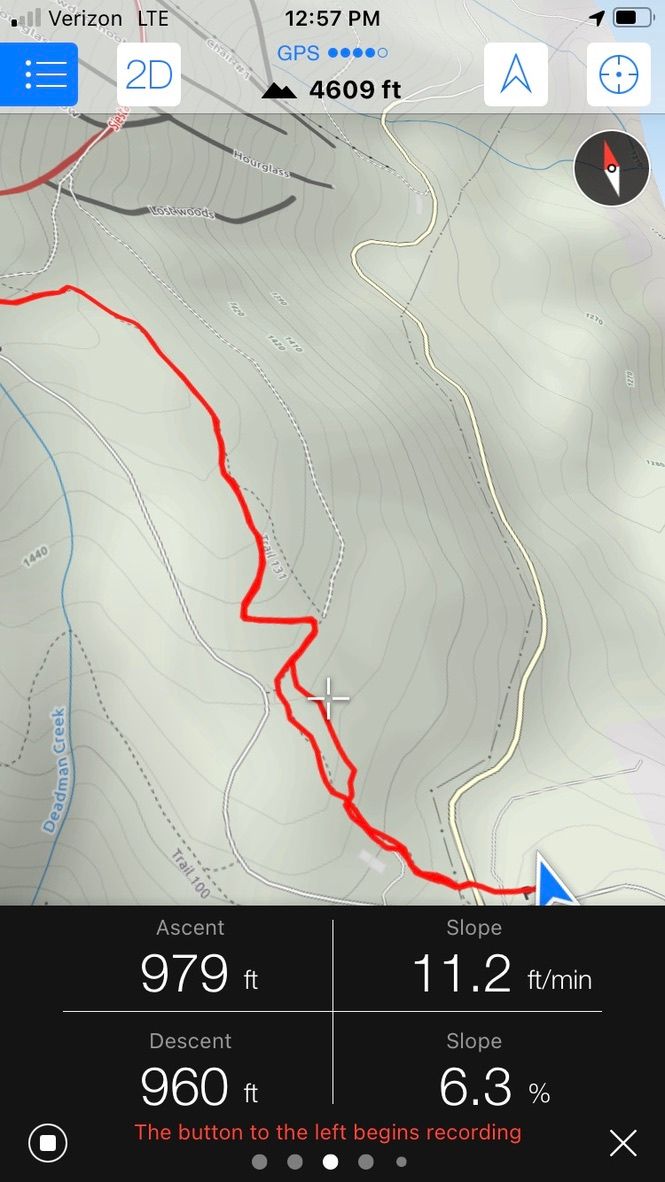 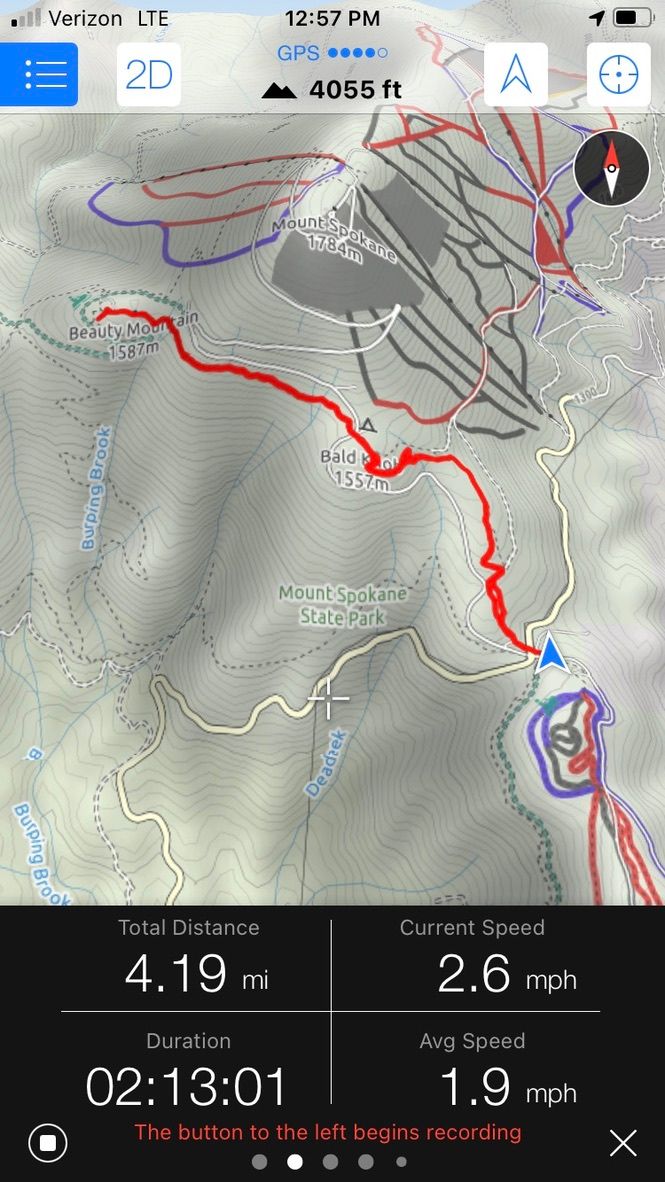 The distance and drive were perfect because we had enough time to stop at Big Barn Brewing for a couple of beers on the way back! They had a few open heaters outside and, of course, a great beer to cap off an ideal day outdoors. 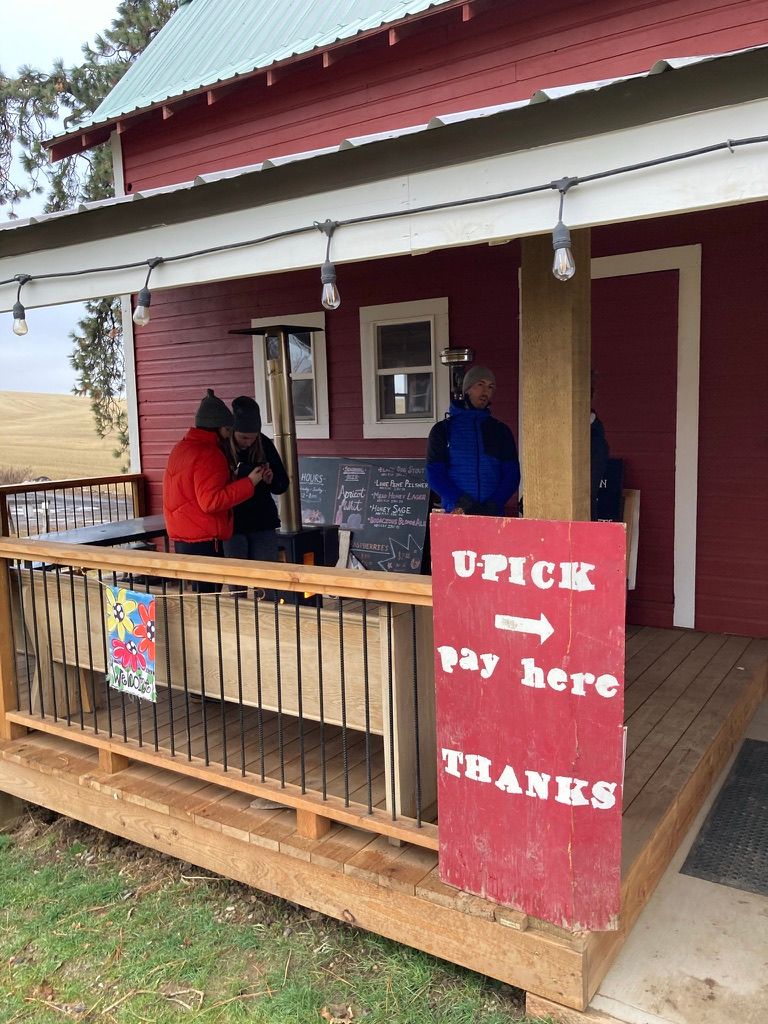 Any code contained in the articles on this site is released under the MIT license.